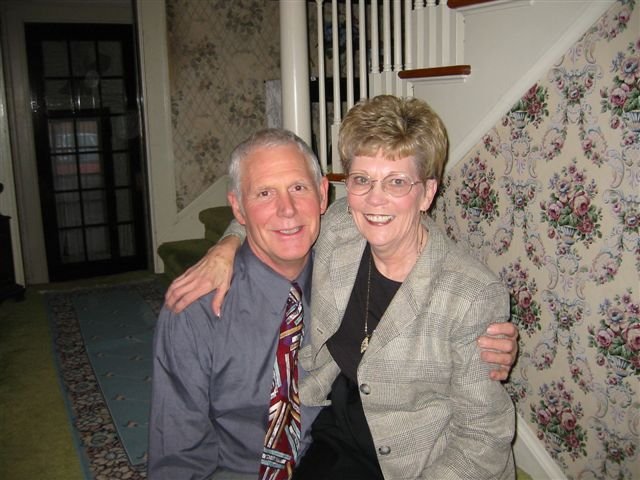 'Let me call you sweetheart!'

Phyllis is a Homemaker, currently residing in Nampa, Idaho.

HOW THEY MET: Alone and Phyllis met 32 years ago when the Palsers moved to Seattle to pastor West Seattle Assembly of God. Alone and Rosie were members of the congregation there and their families became close friends and have remained close for 32 years. Rosie passed away after an extended illness a few years ago and Pastor Palser passed away suddendly 2 years ago. Alone and Phyllis remained in contact via email and an occasional phone call. Christmas 2002 Phyllis visited her daughter's family in Walla Walla and had told Alone she would be there for the holidays. Alone came to visit her in Walla Walla the day after Christmas. (I recall him mentioning that he had only driven that stretch of road that 'fast' one other time and it was for a funeral.) He stayed for a few days. Upon his return to Seattle he called Phyllis to tell her the roads were bad between Walla Walla and Nampa and that she should come to Seattle with her daughter for a New Year's eve service they were having. She did. Alone and Phyllis attended the service and as I recall, Phyllis didn't return to her hotel room until sometime well after midnite! New Year's Day found the pass between Seattle and Walla Walla closed so an additional night in Seattle was required. Alone and Phyllis spent New Year's Day 'sight-seeing?' Humm...The pass reopened on Friday and Alone suggested he return with them to Walla Walla and drive Phyllis from there back to Nampa. It was now obvious that sparks were flying! They left Walla Walla for Nampa on the following Saturday morning. Alone stayed with family in Boise for a few days although I don't think they saw much of him. Before returning to Seattle the love had blossomed between them and a proposal of marriage was made and the date set. Alone has kept the highway warm traveling between Seattle and Nampa these past few weeks. The Lord is good and we are all excited and thrilled for them both! Congratulations!

Their engagement was announced on January 3, 2003.

Their wedding date is set for February 15, 2003. Their wedding will take place at Phyllis's daughter's home in Walla Walla, WA. Their reception will be held at The Marcus Whitman Hotel.